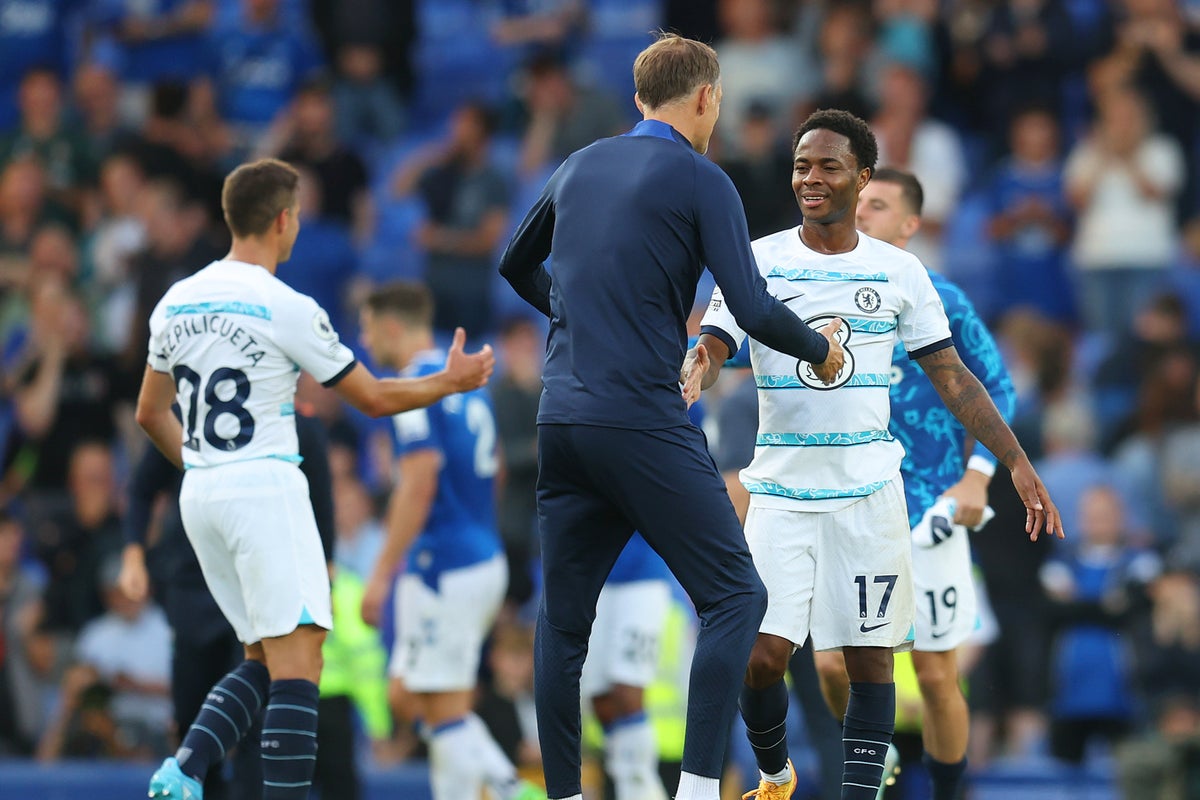 Jorginho won the match right at the end of first half stoppage time after Ben Chilwell was adjudged to have been fouled in the box by Abdoulaye Doucoure.

Raheem Sterling was bright on his debut and Kalidou Koulibaly reasonably solid, with Marc Cucurella coming off the bench for the last 30 minutes, just a day after joining Chelsea.

Nizaar Kinsella was at Goodison Park where Thomas Tuchel’s side edged past their former manager.

The Blues goalkeeper made several big saves at Goodison Park including one from James Tarkowski’s header in the first half and Abdoulaye Doucoure in the second half. However, he had issues communicating with his defence for balls in behind and flapped at a few crosses. A mixed day.

The Chelsea captain struggled with the pace of the Toffees attack as they played three wingers in a forward line with no strikers available. Despite the positivity of renewing his contract, there are signs that his pre-season wasn’t the ideal preparation for the new season with Barcelona trying to turn his head.

Another season has ticked by and Chelsea’s very own Benjamin Button continues to orchestrate his defence. The key leader at the back even amid a host of new signings. He made a crucial block to stop Demarai Gray scoring early in the second half and cut out another counter attack involving him and Anthony Gordon.

His impressive through ball to Chilwell led to the penalty incident but at times he looked a little shocked at the intensity of Premier League football. He should have been booked for persistent fouling in the second-half but Craig Pawson was forgiving. He did, however, look excellent in possession throughout.

Reece James had a flat pre-season but when the real action began he stepped back up. He produced some great crosses, created numerous chances and played both right and left wing back during the match.

A dogged midfield display against one of the best battlers in the league. He produced a solid, typically Kante display. He also threatened from midfield making underlapping runs on the wingers to provide another option. He linked well with Sterling in particular.

The Brazil-born Italian’s tempo setting game was largely disrupted by a dynamic and physical Everton midfield. His coolly taken penalty was clear highlight of his match, slotting home against a goalkeeper in Jordan Pickford who saved his penalty in the Euro 2020 final. Interestingly, he used a different and more conventional technique this time after the England goalkeeper telegraphed his last effort.

Patience is needed with Ben Chilwell who looked off the pace at Goodison Park. He won the penalty with an intelligent run but his touch and passing wasn’t at the high level before the injury. It’s understandable given that this is his first competitive start in almost nine months.

One of Mason Mount’s more anonymous displays. So often either Chelsea’s saviour or just a solid performer, he could hardly get into the match away at Everton. Still, he had two shots on goal and his passing was relatively tidy.

Raheem Sterling was both a creative force and threatened to score. His link up play with the midfield was excellent and he looked right at it in his debut. He will still have wanted a goal but was seconds away from scoring after following up Kante’s shot to notch early on. He was marginally and rightly called offside but what a debut it could have been.

A really bright but brief debut after coming on in the 75th minute. He produced his usual high intensity display with intelligent movement to produce underlapping and overlapping runs. He almost produced a glorious low-cross assist for Sterling but the shot was brilliantly blocked.

His direct running out of position at wing-back almost saw him with a one-on-one, only to be pulled down by Vitalii Myolenko. If Chelsea don’t sign a new right-sided defender, the homegrown star will find himself at wing-back far more often.

Fuelled by his usual frustration at being left on the bench, the USA captain put a lot of energy into his side’s attack. He had a shot just over in the 89th minute. He did really well to win a free-kick when Chelsea were hanging onto victory in the 98th minute after a long punt up-field.

He produced a skilful dribble in the 88th-minute to offer a brief look into his direct ability to drive at a defence. It was something he excelled at on loan at Southampton. His header on target was also saved in the 96th-minute