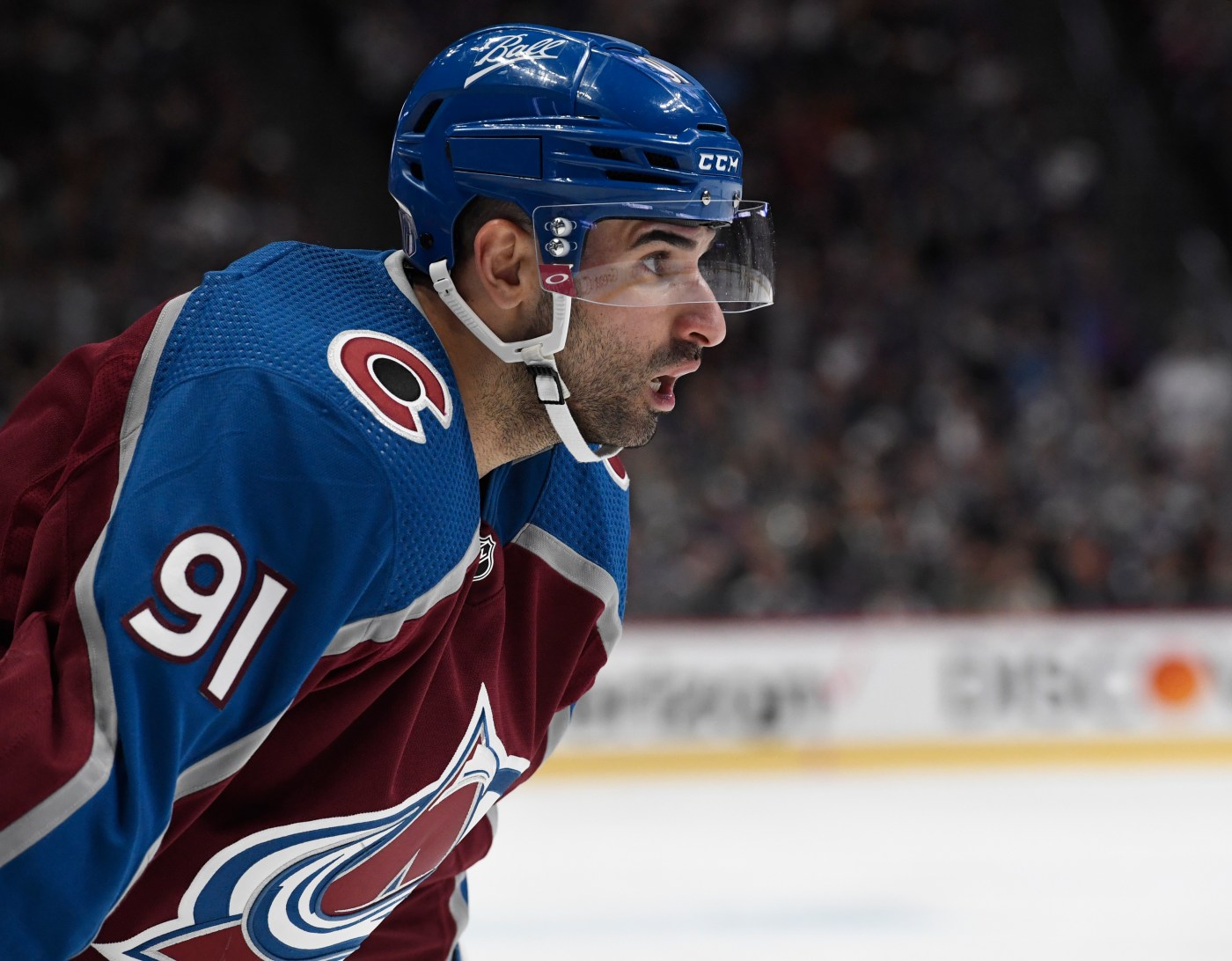 Your name on the Stanley Cup and $4.65 will get you a great big caramel macchiato at Starbucks. But Nazem Kadri can’t find a job, proving the NHL market for his services isn’t as over-caffeinated as the 32-year-old center had dreamed.

It’s been a hot minute since NHL free agency began July 13. It’s Day 25 of Kadri Watch. We hold these two truths to be self-evident.

No. 1: From St. Louis to Tampa, Kadri was the emotional heartbeat of the Avs’ road to the franchise’s first championship since 2001. We all owe him eternal thanks for those memories.

No. 2: Although Kadri maybe doesn’t want to hear it, the open market has made it clear: The best year of his career, when Kadri produced a robust 1.23 points per game during the regular season, was an outlier that served to inflate his self worth.

To paraphrase Tampa Bay coach Jon Cooper, the Avalanche has too many men to pay Kadri a salary of anywhere near $8 million.

Nobody, least of all me, can blame Kadri for wanting to get paid top dollar and a full seven-year term as a free agent. But it’s his age, not a long-standing reputation as a hothead that he worked so diligently to bury, that makes him a poor investment for one day beyond four seasons.

President of hockey operations Joe Sakic did not earn his richly deserved status as the savviest roster architect in the league by overpaying for talent. It’s nothing personal, Naz. It’s the business end of the NHL’s flat salary cap puzzle.

If power forward Valeri Nichushkin is worth an average annual salary of $6.125 million and captain Gabe Landeskog makes $7 million a year, a reasonable price for Kadri should be slotted somewhere between those two core members of the Avalanche.

My assessment: No matter how Avalanche management might be able to juggle its roster to create cap room, whether that involve trading J.T. Compher or Sam Girard, it would be foolish for the team to pay Kadri a penny more than $26 million over the course of four years to remain in Colorado.

Sakic learned from the late, great Pierre Lacroix that sentimentality can’t override a commitment to the team’s salary structure.

With this new contract, I get why Kadri wants to earn top dollar, maximize the term of the deal and play for a legit championship contender. These 25 days have revealed it will be extremely difficult, if not impossible, to check all three boxes on his wish list.

Kadri is certainly entitled to take all the time he wants to land the best possible deal, whether it’s with the New York Islanders, Calgary Flames or any other team in the league.

Colorado should operate on its own terms, rather than be beholden to outside market forces.

Isn’t it about time the Avs wish Kadri good luck and move on?

Colorado doesn’t need Kadri to repeat as champion, but the Avs do need a viable No. 2 center to give themselves the best chance to hoist the Cup again in 2023.

The same never-panic patience Sakic has demonstrated in building a championship roster should give him the confidence to believe he doesn’t have to resolve this issue before Colorado opens training camp in September. While Compher is rock solid, the more intriguing internal option to replace Kadri is Alex Newhook, a 21-year-old who has only begun to tap his potential.

It’s also conceivable the Avs could look outside their organization for a veteran center.

Our old buddy Paul Stastny is patiently watching how the market shakes out, looking to sign with a contender to make one more run at the Cup. At age 36, Stastny is no longer the skater we fondly remember wearing a sweater for the University of Denver Pioneers or the Avalanche.

Stastny, however, is the same great team-first guy he has always been. His 21 goals and 24 assists for Winnipeg last season indicate there’s still real skill in Stastny’s stick. On a one-year deal with the Avalanche somewhere between $1 million-$2 million, he could adapt to any role to compliment Compher and Newhook.

If Sakic and new general manager Chris McFarland are willing to play the long game, they might be able to pry Jonathan Toews away from the rebuilding Chicago Blackhawks sometime before the trade deadline this upcoming season.

Toews led the Blackhawks to three championships. He’s 34 years old. On the decline. With a hefty current cap hit of $10.5 million. But should Chicago be willing to swallow half of Toews’ salary, the Avs could find a way to acquire a proven leader and winner.

Colorado has work to do on the roster before making its next playoff run.

On Day 25 of the Kadri Watch, however, maybe it’s time for team management and Avs fans alike to take a new approach.

Hey, Naz. Thanks for everything. Happy trails. Write when you find work.