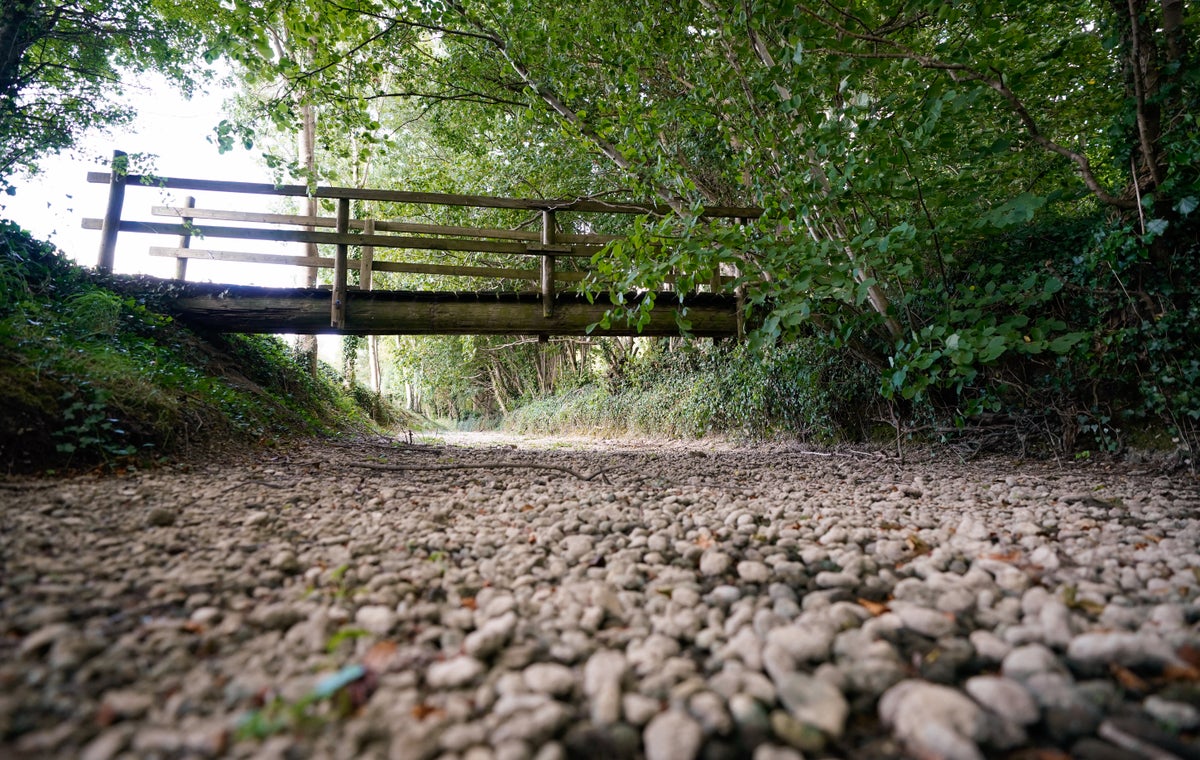 osepipes should be banned, the Environment Secretary has urged water companies, as Britain is forecast to bake in temperatures of up to 28C on Sunday amid an unusually dry August.

George Eustice said some firms have already “rightly” taken action to mitigate the effects of the prolonged dry weather as he encouraged others to follow suit.

His remarks, the first public intervention by ministers, signal possible restrictions on watering gardens, washing cars or filling pools with hosepipes for millions more people across southern England in the coming days.

It comes as forecasters predict the warm weather will continue for most of the UK into next week, when conditions will stay dry and settled with little rain or wind.

Southern Water has already imposed a hosepipe ban for customers in Hampshire and on the Isle of Wight, while the measure will follow exactly a week later for South East Water customers in Kent and Sussex.

Welsh Water has also announced a ban for Pembrokeshire and Carmarthenshire later this month.

Mr Eustice wrote in The Sunday Telegraph: “In accordance with their drought plans, water companies across the country have rightly taken action to mitigate the effects of this prolonged dry weather using the range of tools available to them.

“I strongly urge others to do the same”.

Meteorologists have urged people to avoid the midday sun and stay in the shade as the arid weather looks set to last another seven to 10 days.

Highs of 27C and 28C are expected to hit parts of south and south-east England on Sunday, with sunny spells forecast throughout the day for most of the country.

The west of Scotland may see some rain – but will also experience patches of clear sky, according to forecasters.

“Maximum temperatures tomorrow will be around 27 and possibly 28C which would be across central and southern and southeast England area.

“It will still be in the sun further north, even to the east of Scotland we might see 23C.”

The dry conditions look set to clash with hosepipe bans already imposed or due to be announced – with more firms likely to follow suit after the Environment Secretary’s intervention.

“For the next seven to 10 days it looks like it will be dry for much of the country,” Mr Dewhurst said.

Mr Dewhurst also urged people to follow precautions in the warm weather to avoid becoming overheated, including closing curtains and windows during the day.

“As the heatwave develops, keep out of the midday sun, try and stay in the shade if you are outside and the best thing to do is close the curtains during the day and then open the curtains and windows at night to let the cooler air in,” he said.

“Drink lots of water and make sure to stay hydrated.”

He added: “Overall Augusts tend to be a wetter month so it is fairly unusual to have prolonged dry weather over August.”