How Costa Rica could line up against Japan 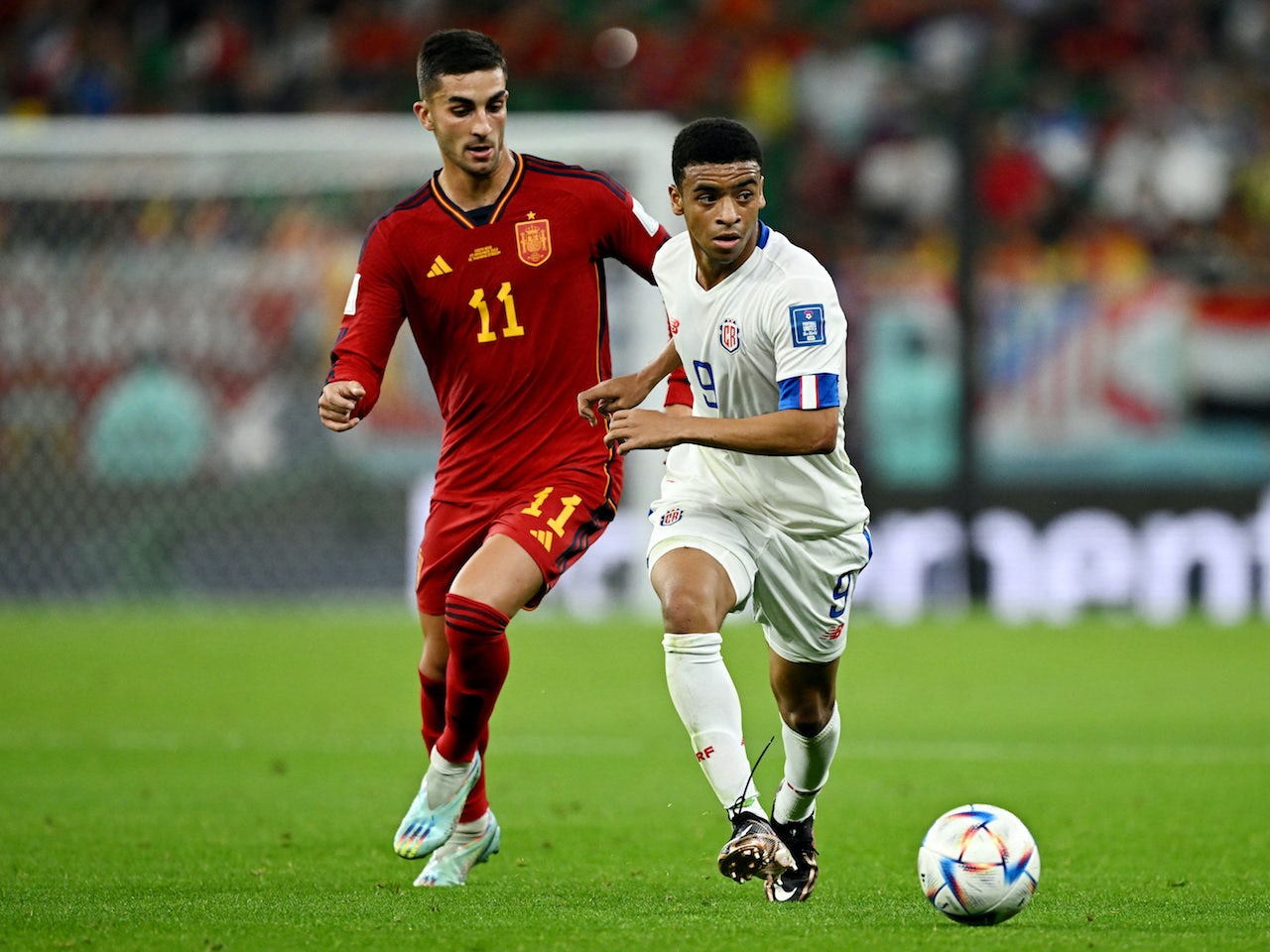 Sports Mole looks at how Costa Rica could line up in Sunday’s World Cup clash with Japan.

Costa Rica have not reported any injury concerns from their 7-0 defeat to Spain on Wednesday.

La Roja were dominant during the contest in Doha, and Costa Rica will be desperate to give a better account of themselves in their second match of the 2022 World Cup against Japan.

Head coach Luis Fernando Suarez is unlikely to shuffle his pack for this match, with the 62-year-old expected to instead challenge those that played against Spain to raise their performance levels.

There could be an alteration at right-back, with Kendall Waston potentially coming in for Carlos Martinez, but it might otherwise be the same XI that took to the field against Spain.

Joel Campbell failed to get into the game against Spain, but the 30-year-old has scored 25 goals for the the national side, and he is again expected to be partnered by Anthony Contreras in the final third.

Sunderland teenager Jewison Bennette is also expected to retain his spot, while Keysher Fuller should again start in an advanced area for Costa Rica.

Keylor Navas will again be between the sticks, with the 35-year-old set to win his 109th cap, and the experienced goalkeeper will be hoping to receive greater protection from his defence.

Bryan Ruiz was among those to come off the bench against Spain, but the 37-year-old is unlikely to be considered for a start against Japan.

Wednesday’ Netflix: The Success Of The ‘Merlina’ Series Has Consequences For The Future Of Television

Wednesday’ Netflix: The Success Of The ‘Merlina’ Series Has Consequences For The Future Of Television

Alex Turner has “definitely got a Bond theme in him”